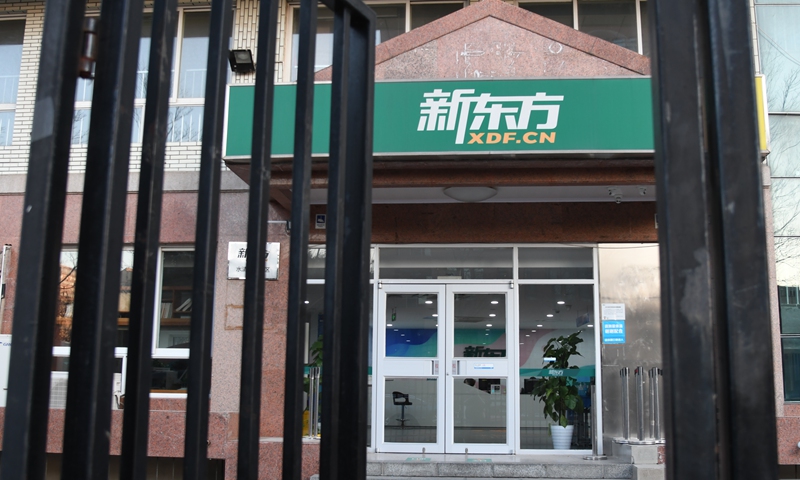 Recently, the Oriental Selection live commerce platform, owned by the New Oriental Education and Technology Group, gained popularity thanks to its bilingual host broadcast, with over 1.3 million fans in three days.

Dong Yuhui, one of the teachers at New Oriental, became a smash hit on Douyin, the Chinese version of TikTok. In the studio, the anchors introduce products in both Chinese and English. For example, Dong can sell peaches, introduce the English word peach, its use in a sentence, and its derivative “peachy”.

Using this method, Dong sold more than 6,700 peaches in minutes.

After the studio became a success for Douyin, Yu Minhong, the founder of the company, also appeared in the studio, selling products with the teacher or the hosts. So far, the studio has around 2.5 million followers.

Speaking of selling products in two languages, Yu said this is a very important transformation for the New Oriental. “They went from being teachers to hosting live streams, which attracted everyone’s attention and partial recognition. I want to thank everyone for their tolerance and support, ”Yu said.

Driven by the study’s popularity, many topics quickly made it to the hot search list. “I never thought I could learn English through a live broadcast studio” soon became the top of Douyin’s research list. “New Oriental Master Becomes Popular Anchor” and “New Oriental Anchor” and other topics have gone viral on Sina Weibo, China’s Twitter-like social media platform.

“It’s a really good deal to pay for knowledge and be rewarded with shrimp,” joked one netizen.

“It’s really great for New Oriental teachers to have the opportunity to go live streaming,” commented another. “It has provided a new path for the live stream anchors that consumers are embracing.”

At the beginning of its establishment, Oriental Selection’s live broadcast was in crisis. Yu often dealt with the merchandise himself, and the number of viewers remained stuck around a few hundred for a long time.

Dong and his colleague YoYo once said that for a long time there were only a few people in the live broadcast studio and that it was their parents who bought most of the products.

In response to the question of whether the company would stop doing education-related businesses, New Oriental said it will continue to make efforts in education.